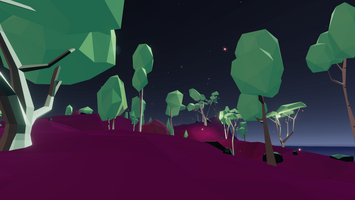 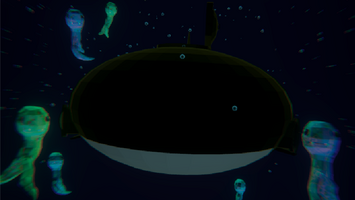 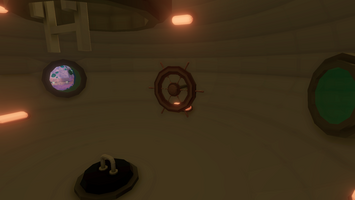 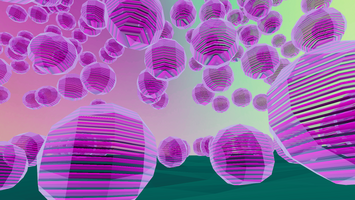 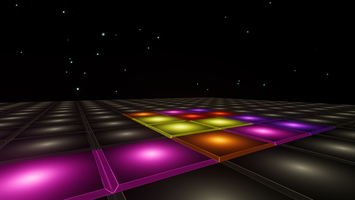 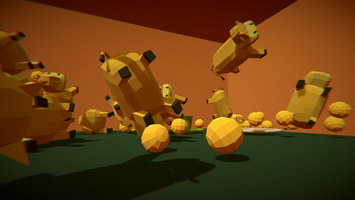 I started working on this game beginning of August and submitted just before the deadline of The Game By Its Cover game jam mid-September.

I really enjoyed the whole experience and I hope you'll like it as well. It's probably the first time that I'm exploring someone else's ideas and it felt really refreshing. The game is based on the wonderful famicase design by David Kraus and I admit that I knew this was a game I wanted to do as soon as I saw the design. I find it so beautiful and already conveying the whole game you can put together. the colors and shapes are already there. Just waiting for someone to let it take form!

The wonderful thing I felt while creating this game is that the indie community is very supportive. When at first I wasn't sure how to make the main island look coherent, Andrew Wang's remarks helped me with the general look-and-feel of the island.

Then while creating the dreamlands I also asked the community about their weird and wonderful dreams and 88ukiyo and Tartle Wizard shared theirs with me. I was really thrilled and motivated to put them to life. 88ukiyo's dream also ended up as my submission to #LDJAM, it's the one with food turning into yellow balls that become cows. :D

Tartle Wizard's dream was a bit more complicated to implement but fortunately the #AGBIC deadline was extended so I had some time to work on it. It's probably one on the best gamedev things I have ever made. There's a giant submarine that looks like an orka which I created in Blender 3D with wonderful sea monsters (also created in Blender 3D and for which I have written my first shader - yupi!).  Giving life to these both dreams was very motivating and that really kept me going during this long game marathon. :)

On top of that my little daughter was playtesting these dreamlands and her remarks were so on point! There are some design decisions that were her ideas, like the fact that you can swim with the sea monsters or jump off the table in some of the dreamlands. Being a gamedev mum is so great, I felt like a demi-god at those moments. Blender 3D and Unity are such wonderful tools to allow all this magic to happen.

The sum of all those great concepts and ideas from those wonderful people gave birth to Dreamberry Island. I am so pround of this game, I really enjoyed making it and I really hope to be doing more projects like these in the future.

And Dreamberry Island is in fact an open project, I have reused and refined here one of my older concept-games : Supertone, which now should be much more fun (and if it's not you can always wake up from it ;).

I can always add here more dreamlands when I have time and inspiration. I had a few more ideas but not the time to implement them so that will need to wait for next time. And maybe again someone will have the courtesy to share their wonderful dream with me so that it could result in another dreamland.  That would be cool! So if you like the game and you'd like to visit some more dreamlands let me know! Your feedback is very motivating.

explore the wonderful dreamberry island and discover the marvelous dreamlands